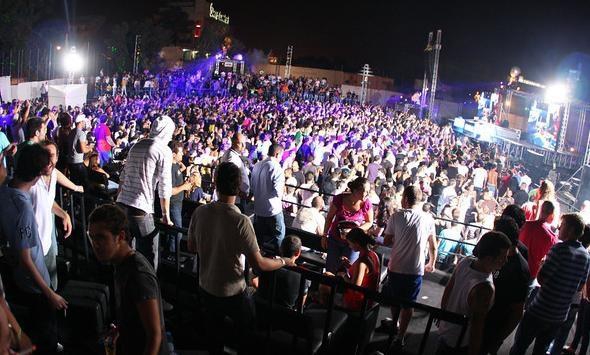 B-018 is the perfect place for the hardened techno music loving dancers. It plays mainly techno music and tribal house and really only gets packed after 2am. Beforehand you will find it quite empty. Another unique feature of this nightclub is that the roof opens, allowing dancers and clubbers to party under the stars. The unique architecture of this nightclub was inspired by Lebanon's civil war. B-018 is designed as a bomb shelter including tables that are made like coffins. A truly unique experience from this legendary nightclub.

As a matter of fact, where the nightclub is situated was the location of the deadliest militia attacks of the civil war. The location used to be a refugee camp for the Palestinians and Kurdish. After the refugee camp relocated and still within the period of the civil war, the owner used the location as an underground music scene, with the code name to enter the nightclub being B018 (hence the origin name of the club). It wasn't until 8 years after the end of the civil war, in 1998 that the owner of the location teamed up with a well renown architect and resurrected what is now one of the hippest nightclubs in Lebanon. The club opens from 7pm to 7 am Monday's to Sunday's.