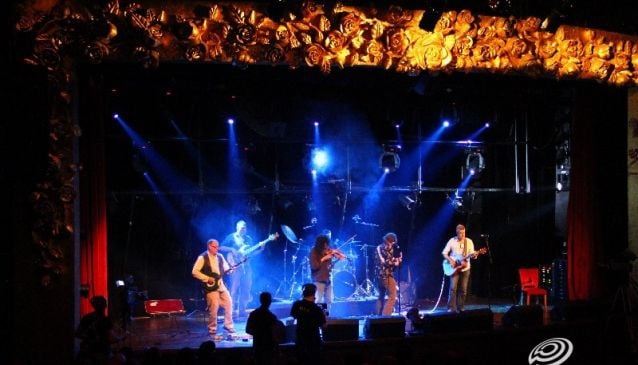 Michel Elefteriades is a Greek-Lebanese politician, artist, producer and businessman born on June 22, 1970 in Beirut, Lebanon. He is notorious around the Arab world for his eclectic style and creations. With a Lebanese mother and a father of Byzantine Greek descent who is the grandnephew of Saint Chrysostomos Kalafatis, Metropolitan of Smyrna, Michel Elefteriades' multicultural origins were all the more reinforced as he lived in different countries and speaks six languages. He studied Fine Arts and Advertising in the city of Nantes, France and holds a Masters degree in Graphic Design and Communication Arts from the Lebanese Academy of Fine Arts (ALBA).

In 2003, he founded Beirut's 'MusicHall', an 800-seat theatre venue specializing in cultural showbiz through a one of a kind concept that made it one of the first nightlife-clubbing destinations in Lebanon and the Middle East. This unique live music stage has been described by Al-Jazeera as 'the place where the heart of world fusion music beats' and by La Vanguardia as: 'The Mythical, overwhelmingly successful MusicHall'. MusicHall has been visited by some of Elefteriades renowned friends like: Sting, Zucchero, Emilio Stefan to name a few.

On the same year, in order to celebrate the International Day of Peace, he organized a free concert by the National Orchestra of Nowheristan at the UNESCO Palace, in collaboration with the United Nations.