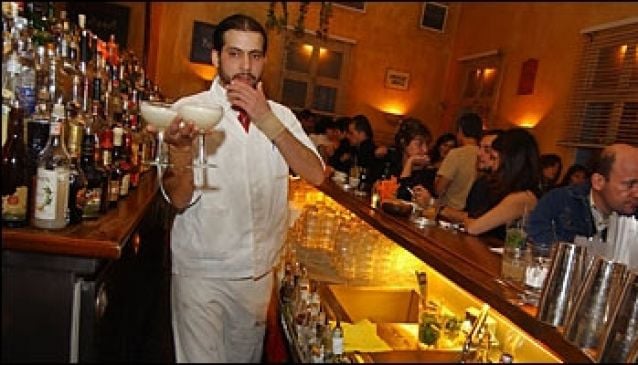 Pacifico is located in the heart of Monot and it was the first pub to open in the area back in the 90's.

Since then and up until today Pacifico has been a great success and the place that everyone wants to be.

Aside from the great drinks menu that this Cuban identified bar offers, it is one of the few pubs in town that offers a Cuban cuisine menu that has been influenced by many other cuisines such as the caribbean rim, mexican and haitan cuisine.

Pacifico has been opened since 1990's in Monot.
This bar has a Cuban identity that you cannot resist but lose yourself in. Other than the great music, Pacifico offers the greatest Latin cuisine menu.

The first place to open in Monot in the 1990s, this bar has a Cuban identity you can lose yourself in. Pacifico offers great Latin cuisine with a menu that darts around the Caribbean rim, taking in Cuban, Mexican and Haitan influences.